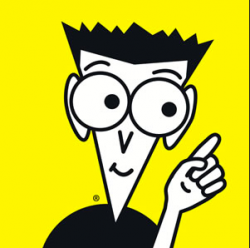 An interesting aspect of the police brutality at Jadavpur University today has been the response of West Bengal’s most powerful media house’s response to it. As my former classmate and friends SD and PP have pointed out (that latter rather colourfully, much to my delight), the ABP house – as evinced by their print reportage in the Anadabazar Patrika – first chose to speak of the protesting students as adisturbant, a ticking bomb, a threat imminent to ‘shikkhajogot’ (the world/sphere of education).Then, this morning, the mob that aided the police in beating up and molesting the students made the mistake of being carried away by their licence to violate, and assaulted a Star Ananda journalist (Star Ananda being the house’s television channel). And ABP instantly snapped around and bit a chunk off its former allies.

Of course, in the coming days the state shall broker peace with ABP, and after a few TRP-boosting stunts (perhaps a few studio debates, a special report on campus violence and gendered crimes), ABP will drop the matter completely. But the lesson helmspeople of the Indian state need to learn, once and for all, is that the media is not the same as party cadres. Their loyalty, when not backed by cash or other tradable commodities, is revoked when a kick is delivered to their groins. Unlike the junior cadet waiting to rise in ranks or the senior member waiting for their next ticket, they don’t accept it as a regrettable accident in a mêlée. Besides, attacks on journalists will give media houses higher viewership than parroting a party line anyway.

So be nice to your media partners, parties. It’s part of their payoff package. And breaking the deal will cost you.

One thought on “How to Manage the Media: A Guide for India”